Peter Pan School is a partially-subsidised private school for Early Years and Primary education in Sarrià-Sant Gervasi in Barcelona, with one group per level. Our Catalan, secular, close-knit school has a participatory and welcoming educational community.

At the school, we care for the emotional and cognitive growth of our pupils and facilitate the development of skills to learn how to live together.

One of our outstanding features is our English project: English is one of the vehicular languages in our learning environment.

At Peter Pan School, we give close, personalized attention to each pupil, as we know that their emotional well-being will help them to grow and make their learning process easier.

We care for the children’s emotional well-being and strive to create a happy coexistence between them, helping them to develop their social and emotional skills.

We are an integrated and inclusive Primary and Secondary School, and we adapt to the learning pace of each individual pupil.

We give personalized attention to each student, encouraging them to take the leading role in their own learning process.

We nurture creativity, curiosity, reflection and critical thinking in all students.

At our school, we are committed to experience-based and meaningful learning, through hands-on experience, experimentation, research and collaborative work.

We offer a Welcome programme for new pupils from other cultures to help them adapt linguistically and emotionally to their new environment.

We are a well-qualified, committed and enthusiastic teaching team.

We consistently apply human, social and civic values, in line with our Educational Project.

We have a top-quality English Project, from the age of 1 right through to 16 and motivate our students to ensure that they achieve good academic results.

WANT TO KNOW MORE ABOUT THE ’10TH PRINCIPLES’?

COME AND VISIT US!

WANT TO KNOW MORE ABOUT THE ’10TH PRINCIPLES’?

COME AND VISIT US!

OVER 60 YEARS GROWING TOGETHER!

Peter Pan school was founded in 1960 by Júlia Castells Girona, whose aim was to create a completely new kind of school which was based on the most advanced psychopedagogical theories of the day.

The school was based on the experiences of the ‘Escola Nova’ at the start of the 20th century and on the ideas of leading pedagogues such as Montessori, Freinet, Decroly and Piaget and especially on those of Pere Vergés, the founder of l’Escola del Mar. Peter Pan School reflected many of these aspects, having an active methodology, doing work in the open air, stressing the importance of setting and completing class duties, encouraging reading and music, inculcating a sense of responsibility and giving particular attention to the teaching of values.

In September 1960, Peter Pan school opened its doors on the ground floor of a large house in Sarrià, with just 7 pupils, but it soon occupied the entire building, and made use of its spacious garden.

In 1995, along with other schools in Barcelona, the school co-founded our Secondary school, Els Arcs. At present, Els Arcs Foundation consists of three Primary schools – Lys, Nausica and Peter Pan – whose pupils have their continuity ensured at ESO level with the same coherent pedagogy and high-level human quality.

The school currently consists of two buildings in the upper part of Sarrià, at the foot of Collserola hill. In 2010 we celebrated our 50th anniversary as a school with a series of moving events which brought together families, teachers, non-teaching staff, ex-students and friends of the school. The current teaching staff, led by Yolanda Clavell, ensures that this wonderful heritage is continued by driving forward a modern school with an inspiring present and an exciting future. 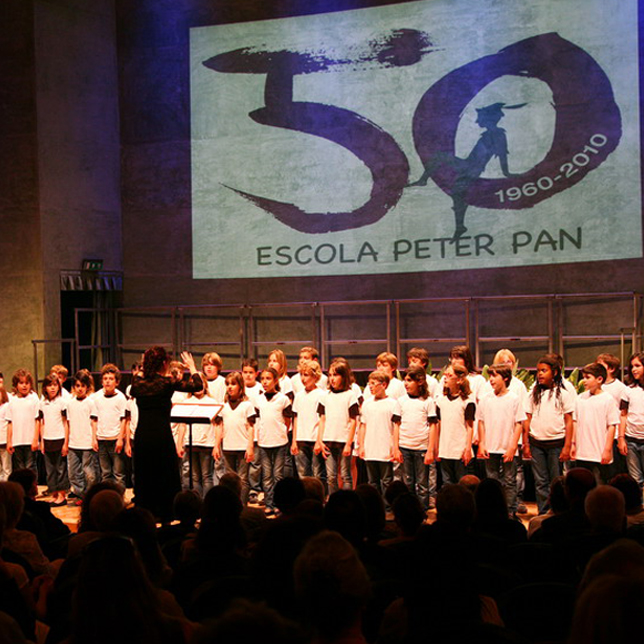 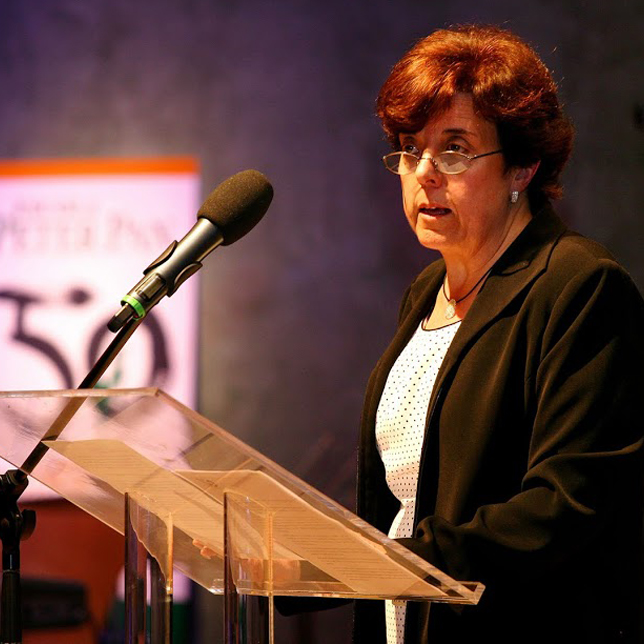 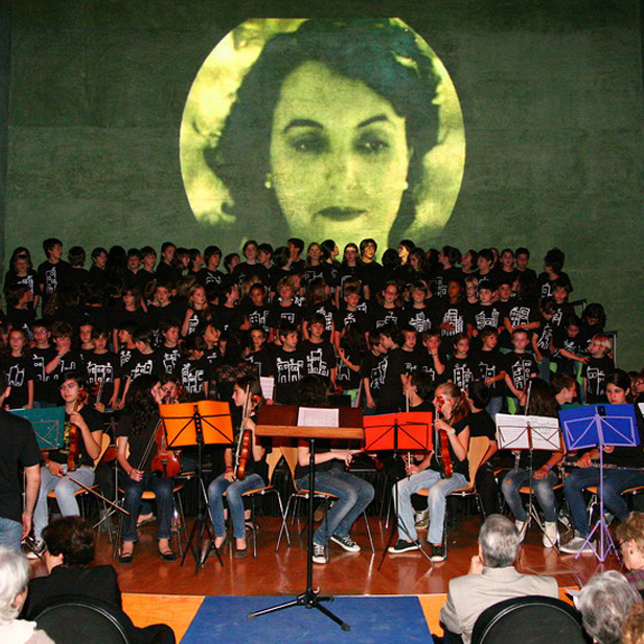 THE IMPORTANCE OF EACH STAGE 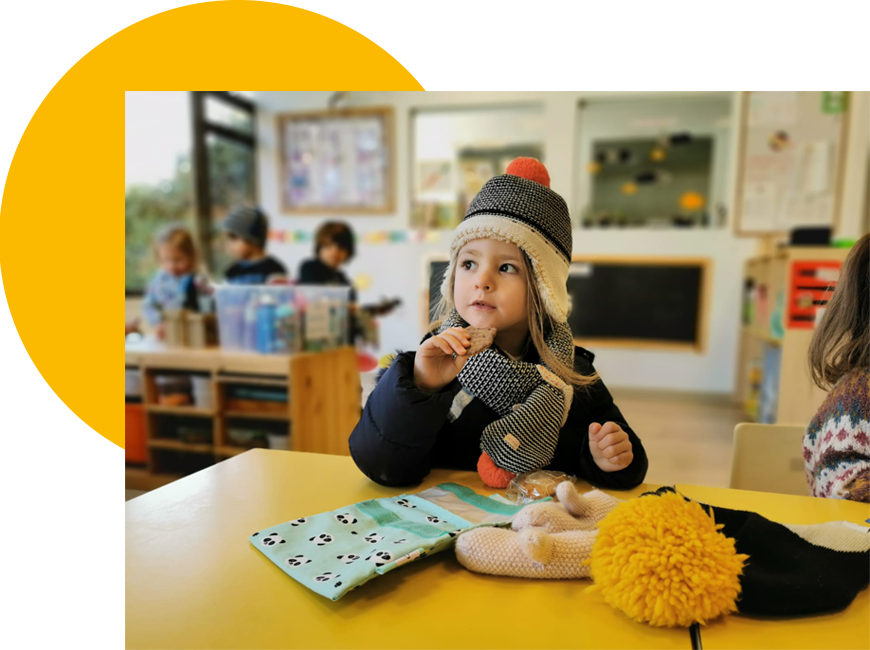 The stage from 0 to 3 years is key to the development of a child; it is in these years that their future capacity to reason and acquire learning skills is determined. It is also the period when children become self-aware and develop strategies to adapt to their environment: empathy, language and emotional control. Creating a close, secure bond with the adults around them allows children to go through this process calmly and happily.

We pay particular attention to the period of adaptation to school, which varies from child to child, and carry it out progressively. On their first day at school, it is important for children to see that their parents as well as the teachers are calm and relaxed, confident that the children will manage to deal with the challenge of being separated from their parents for the first time. We are well aware of the importance of this moment, and indeed of the entire period of Early Years, and so we make sure we establish a very close relationship with the families and work together in this tender first stage of school.

During the first stage of Early Years in our school (P1 and P2, Kindergarten), English is very present, co-existing side by side with Catalan throughout the day, as stories, songs, games and conversations with the teachers (native speaker English specialists and support teachers for conversation) allow this second language to be introduced in a natural way. 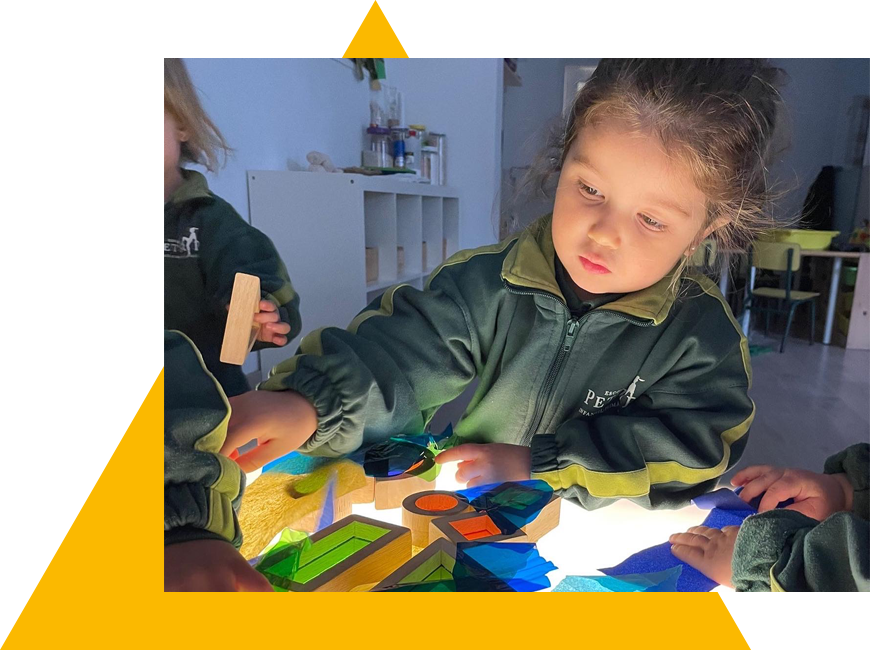 The second stage of Early Years (from 3 to 5 years) is a period of discovery in which the development of language allows the children to ask questions about everything that surrounds them. At Peter Pan School, we stimulate this innate curiosity and strengthen the children’s capacity for investigation, discovery and experimentation.

To promote an interest in learning and care for the needs of each individual child, we carry out different methodologies: reading, writing and mathematics learning spaces, project work and ‘inter-level’ activities which students can move through freely.

At this stage of their development, the children expand their social relationships beyond the family and consolidate the habits and routines which allow them to better interact socially both within and outside the school environment. At the school, we continue to place great importance on establishing a bond of trust with the children and their families which will help the children to grow in an environment specially created for them.

Throughout this stage, the children do over 75% of their school day in English and develop oral competence in the language and initiate reading and writing skills following the methodology of the programme My Phonics, which allows them to learn to work with phonemes in a fun, progressive way.

PRIMARY (from 1st to 6th grade) 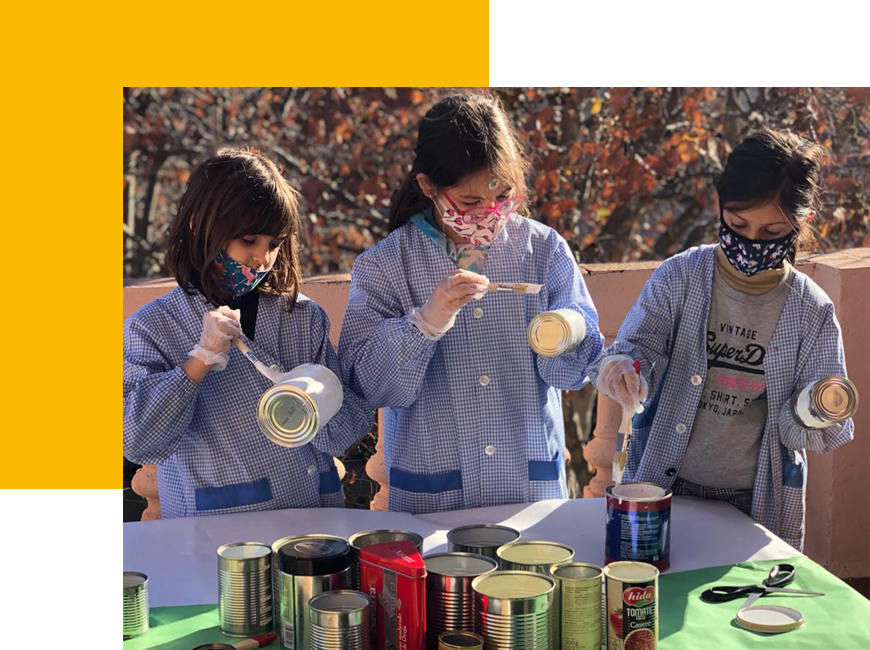 The Primary Education stage (from 6 to 12 years) covers a long period of children’s development, a period in which their personality becomes more defined and they acquire greater autonomy and start to use their own criteria, as well as learning to relate to their physical and human environment in a healthy, respectful way.

At Peter Pan School, we accompany the children closely on their journey, helping them to discover their potential and develop it to the maximum. The multi-level work we do in the classroom and our diverse methodologies, tailored to the learning pace of each individual student, promote personalized learning.

This meaningful learning is aimed at acquiring the key skills of this stage which are needed to ensure that the children are well prepared for the demands of ESO.

At Primary level, our English project offers English-language tutors, conversation assistants, as well as Science in English from 1st grade and ‘Quest boxes’ in 5th and 6th grades. Students can finish Primary with the GESE (Graded Examinations in Spoken English) certificate from Trinity College in London, which certifies their oral level of the language. 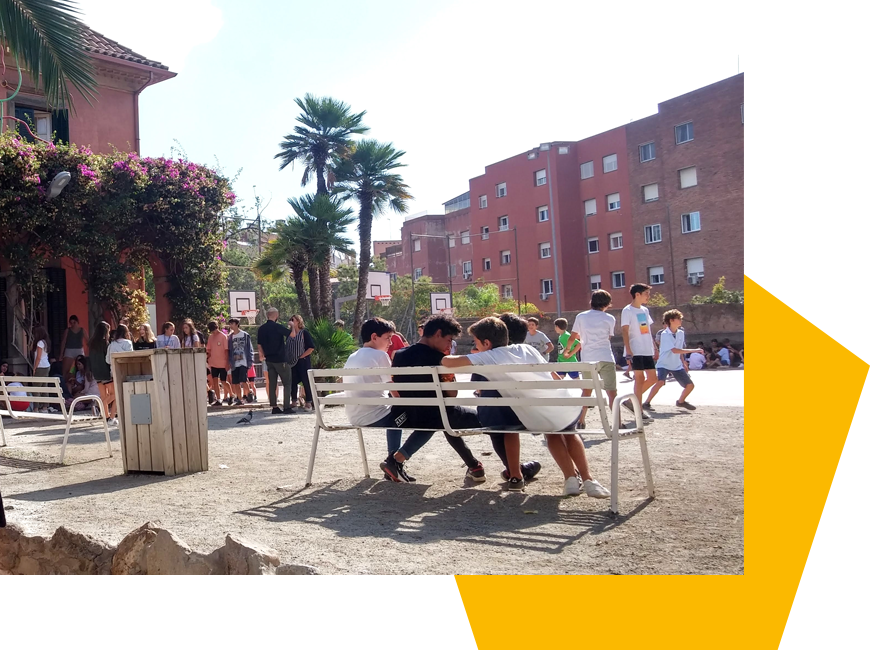 Els Arcs is the Secondary School which gives continuity to Lys, Nausica and Peter Pan schools. Facilities are specially adapted for the needs of this age group (from 12 to 16 years of age) and students are  provided with all the resources they need to achieve new goals, both intellectually and on a personal level.

Students in Secondary education are at an age when they need constant attention, dialogue and assessment and, therefore, close collaboration between the school, the students and their families is absolutely key for their success.

The educational project at Els Arcs school is based on individualized attention (there are reduced groups for core subjects), experimentation, project work, work in tutorials, a commitment to the environment and a solid linguistic project: English and French (from 1st to 4th of ESO) are offered in reduced, flexible groups taught by teachers from the CIC Language School. 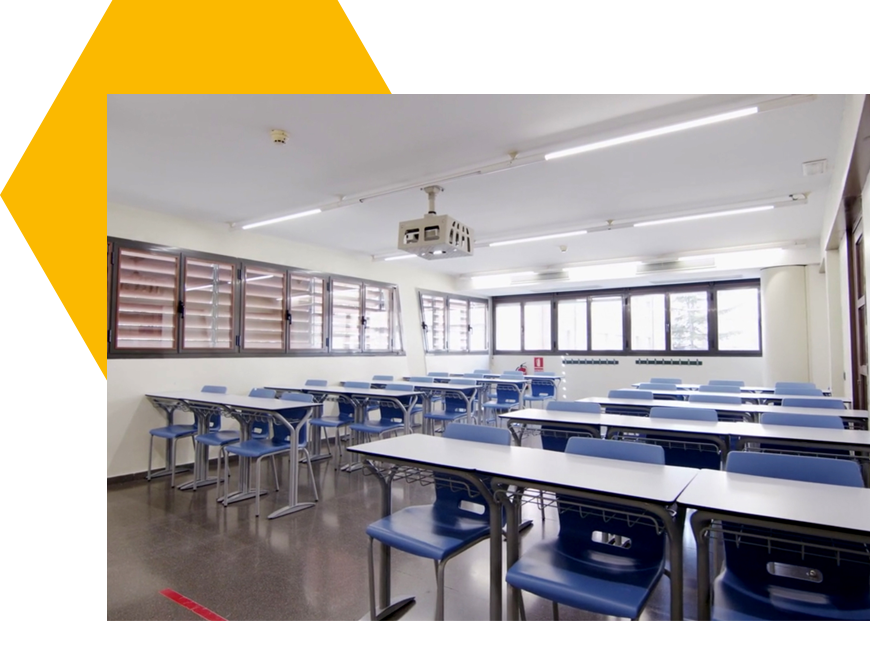 The Els Arcs Foundation has an agreement with the Institució Cultural del CIC which guarantees places for its students who wish to study Baccalaureate (pre-university studies), the Batxibac or vocational training courses at CIC.